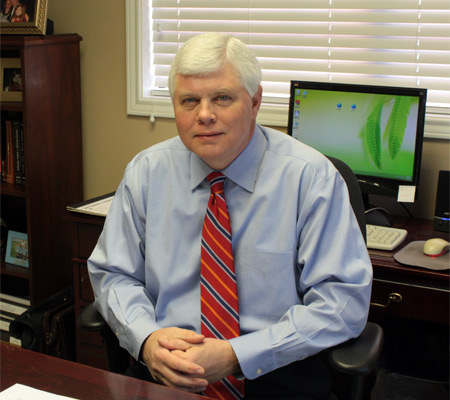 Bob moved to Texarkana in 1979 to serve for one year as a briefing attorney for the Texas 6th Court of Appeals and has called East Texas home ever since. He has over 35 years of trial experience representing plaintiffs and defendants in civil litigation. Bob has defended approximately 20 Texas cities and counties in a wide range of civil rights, personal injury and employment matters in federal court. He has handled countless transportation related cases including railroad grade crossings, trucking and bus accidents, and road construction claims.

On March 10, 2007, Bob was inducted into the American College of Trial Lawyers. The College is composed of the best of the trial bar from the United States and Canada. Fellowship in the College is extended by invitation only to those experienced trial lawyers who have mastered the art of advocacy and whose professional careers have been marked by the highest standards. Membership in the College cannot exceed one percent of the total lawyer population of any state or province.  Bob is also an AV Preeminent® rated attorney by Martindale-Hubbell®.  This peer review rating, generated from evaluations by other members of the bar and judiciary, is an objective indicator of a lawyer's high ethical standards and professional ability.  His extensive trial experience has also led to Bob's induction into the American Board of Trial Advocates (ABOTA), an invitation only organization for trial attorneys who meet the stringent qualifications for membership and possess high personal character and honorable reputation.